Notice  Our offices will be closed on Mon 07/04 in observance of Independence Day. Rentals due back on that day will be extended until Tue 07/05. 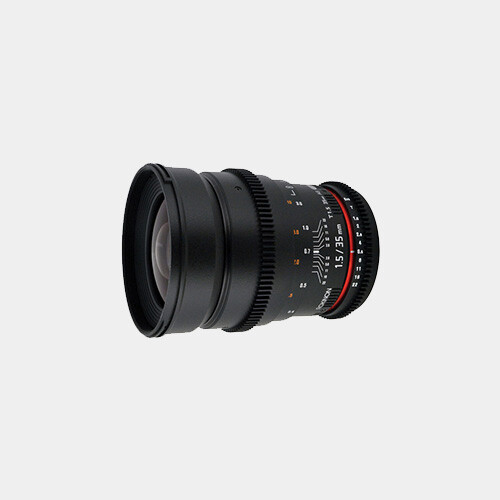 The Micro Four Thirds mount Rokinon 35mm T1.5 Cine AS UMC Lens was developed primarily for film and video applications. The cine version of Rokinon's 35mm lens features industry-standard gearing for the focus and aperture ring, and the aperture ring has been de-clicked for smooth iris pulls. The aperture and focus scales have also been relocated to the side of the lens, where it is easier for focus pullers to read them.

This lens is designed for use on Micro Four Thirds sensors and provides a 35mm-equivalent focal length of 70mm.. The optical construction incorporates two high refractive index elements and one aspherical element to reduce chromatic aberrations and distortion to produce sharper imagery. Additionally, a UMC coating has been applied to lens elements to minimize lens flare and ghosting for more contrast-rich images. 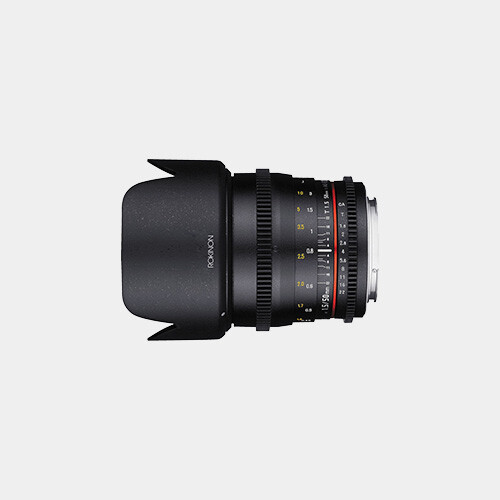 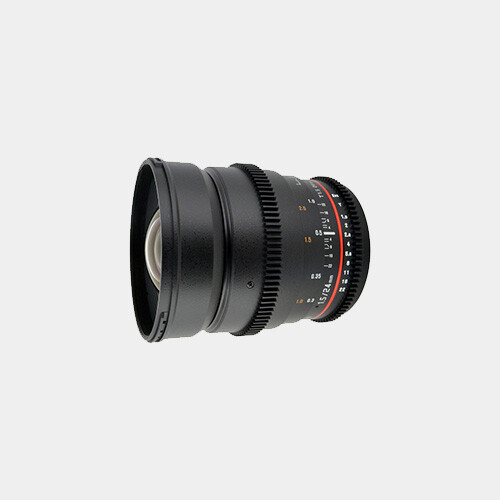 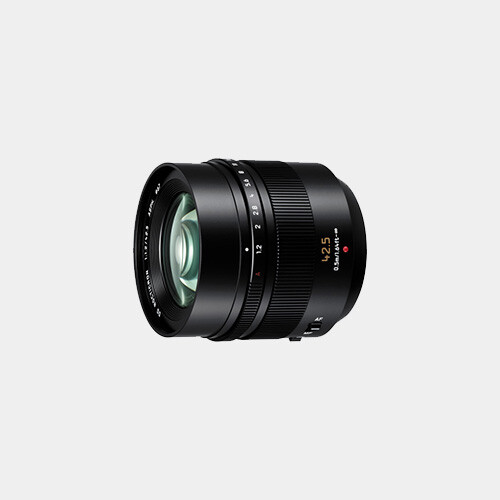